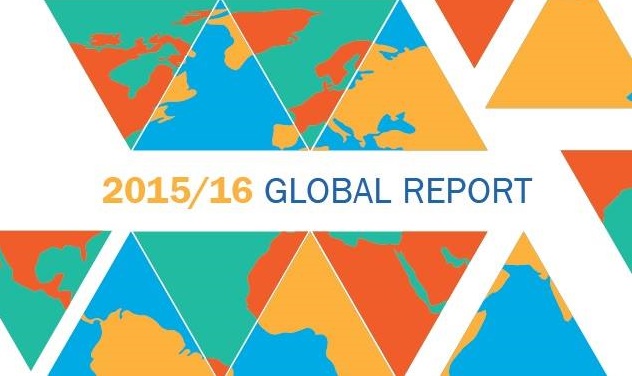 Sixty-six percent of adults see entrepreneurship as a good career choice, and more than half of the working-age population feel they have the ability to start a business – this according to the GEM 2015 Global Report, released today with sponsors Babson College, Universidad Del Desarrollo, Universiti Tun Abdul Razak, Tecnológico de Monterrey, and the London Business School.

In its 17th consecutive year, the report continues to serve as the largest single study of its kind.

According to the report:

The majority of entrepreneurs worldwide are fuelled by opportunity rather than necessity. They make up 78 percent of those in innovation-driven economies, and 69 percent in factor and efficiency-driven economies.

“It is often a misperception that most entrepreneurs in less-developed economies are necessity-motivated,” said Babson College Professor and report lead author Donna Kelley. “The reality is that entrepreneurial opportunities of all types exist in every part of the world, and there are ambitious entrepreneurs everywhere with the aspirations to pursue them.”

The proportion of entrepreneurs with medium to high job creation expectations are similar across all development levels, with about one in five entrepreneurs stating that they will employ six or more people. Entrepreneurs in the United States show higher levels on this measure, with 32 percent projecting this employment potential.

Across all economies, the highest entrepreneurship participation rates are found among 25-35 and 35-44 year-olds – people in their early and mid-careers.

“Understanding what inhibits and what enhances entrepreneurship has never been more important, as many economies are struggling - especially those in developing countries, and unemployment is increasing,” said GEM Executive Director and report author Mike Herrington. “The Global Entrepreneurship Monitor allows us to gain additional perspective on entrepreneurial activity, and to look at best practices that are helping to promote small and medium enterprise development.”