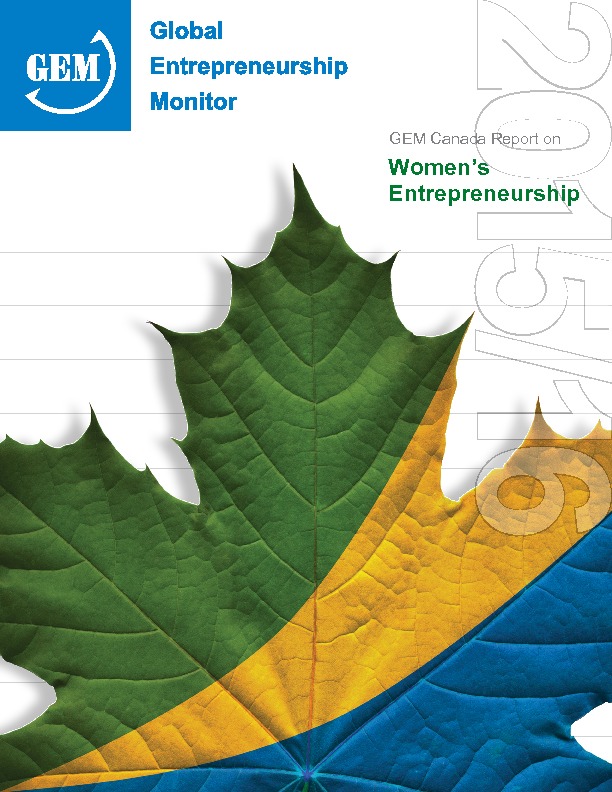 Canada has emerged as a leader in women’s entrepreneurship, with the highest levels of early-stage activity (TEA), and the fifth highest established business ownership (EBO), amongst innovation-based economies. The GEM Canada Report on Women’s Entrepreneurship highlights the strength of women’s entrepreneurship in Canada. Some highlights from the report: • In 2016, 13.3% of Canadian women engaged in some form of early stage business activity, involving a business that was 3.5 years old or younger. This was up from 10.0% in 2014, and marked the highest rate of women’s TEA in 2016 amongst comparable innovation-based countries. • Comparing Canada to other G7 countries—such as the U.K. (5.6%), Germany (3.1%), France (3.4%), and Italy (3.3%)—helps to underline the striking and high level of Canadian women’s participation in early-stage business.