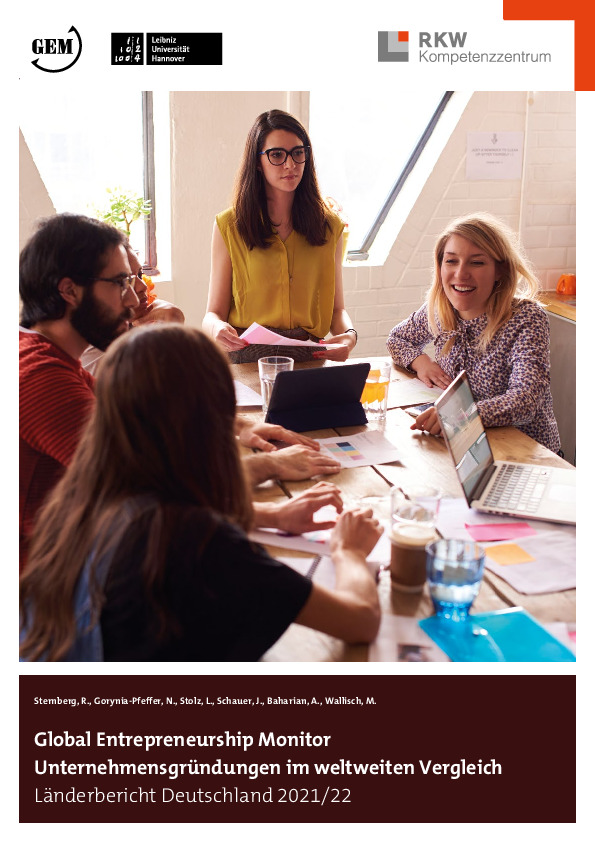 The GEM Country Report Germany was presented to the public at the end of May 2022. On 27 May, the official publication date, the very influential German business magazine "WirtschaftsWoche" reported in its print version on the key findings of the Country Report. One day later, the online version of the same magazine published another report on the topic as well as an interview with Prof. Rolf Sternberg (Leibniz University Hannover), the team leader of GEM Germany. The RKW Competence Centre in Eschborn, which finances, organises and supports the GEM in Germany on behalf of the Federal Ministry of Economic Affairs and Climate Action, presented the key findings of the new Country Report in an online event (147 participants) and discussed them with numerous invited experts from business, science and politics. Among the participants was Michael Kellner, Parliamentary State Secretary at the Federal Ministry of Economic Affairs and Climate Action and Federal Government Commissioner for Small and Medium-Sized Enterprises.. The event has addressed key and future topics from the GEM: Start-ups by women, start-ups by people with an immigration background and digital start-ups. The focus was on how start-ups can contribute to securing and further expanding the competitiveness and innovative strength of German SMEs in the coming decades.