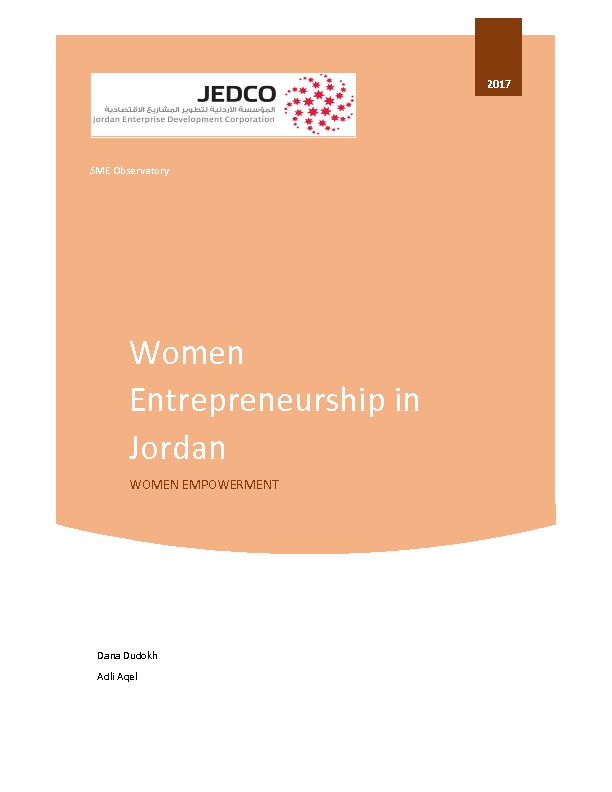 SME Observatory @ JEDCO carried out recently a study about women entrepreneurship which shows the major reasons of low rates of women entrepreneurship in Jordan comparing with Arab and International countries rates and needed recommendation that will improve women entrepreneurship rates in Jordan. As we know women’s entrepreneurship is increasingly recognized as an important factor for economic growth and development in the Middle East and North Africa. The share of women-owned SMEs in the MENA region was approximately 14% in 2011 and in Arab countries was 7.4% in 2016 which is low compared to a global average of 34%. Jordanian female TEA rate is the lowest compared to the Arab countries, as only 3.3% of female population aged 18-64 are engaged in starting a business or who recently started one. During the past years, the Jordanian government adopted many efforts regarding women empowerment, both on technical and legislative levels. Moreover, female self-employment decreased from 2.5% in 2005 to 1.8% and female business owners rate decreased from 1.6% in 2005 to 1.3% in 2016. Thus, it is important to investigate women participation in the labor market, and female entrepreneurship in Jordan.